It was a crisp cold Chicago Sunday afternoon. The temperature was 2 degrees F with a wind chill between -16 and -20. It was a great day for a march, not because I like the cold but because anytime you have such a heinous crime against humanity, like abortion, every day is a good day for a protest.

I made sure I dressed appropriately. I wore 3 pairs of leggings, 2 pairs of PJ bottoms and a pair of sweatpants. Bending over was nearly impossible and getting my socks and boots on was a small miracle. I had so many layers of sweaters on that the first coat I tried on, I couldn’t button. My shoulders felt like they were coming out of my ears. With all the layers (including hat, gloves and scarf), I was perfectly toasty and ready to march. Honestly, even if I was under-dressed, I don’t think I would have been cold. Being part of thousands of beautiful people fighting for the right to life, the energy alone would have kept me warm.

This was the third March for Life Chicago. It was set up for people that wanted to march but couldn’t get to the March for Life in Washington DC. Each year the March for Life Chicago grows. People came from Illinois, Indiana, Wisconsin, Ohio and Michigan. This year it was reported that an estimate of 5,000 people marched. One report, I heard it was estimated that 7,000 people marched. I’m not sure how many people were there, but it seemed to be more than 5,000. Of course the pro-abortion media reported “a thousand” or “hundreds” of people attended. A gross under estimation, in my opinion. At one point we were turning the corner and I could see the giant balloon bouquets at the beginning of the March. The balloons were about two city blocks away. I turned around to see if I could see the end of the march and I couldn’t. As far as I could see, there were people marching.

The crowd was predominately young folks as usual. The face of the pro-life movement is getting younger and younger every year. Perhaps, it is because a third of their generation was killed by abortion. Perhaps, it is because they know someone that has been hurt by abortion and they don’t want it to happen to anyone else. Perhaps, with all the statics and data out there, they know that abortion only can harm and/or kill? I don’t know, maybe it is all of the above. All I do know is this new young face of the pro-life movement gives me hope.

Anyway, here are some pictures of the March for Life Chicago. I hope you enjoy. 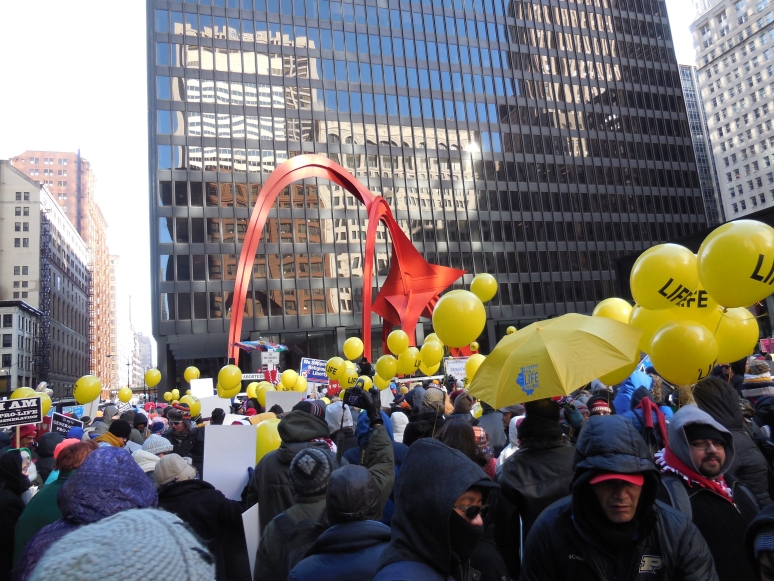 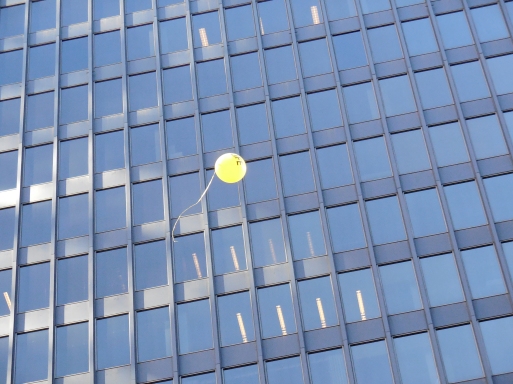 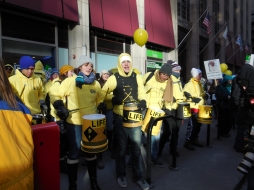